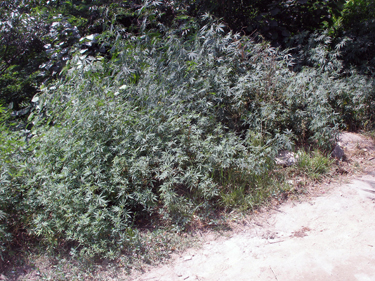 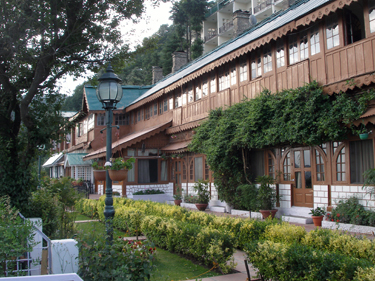 Cannabis grows wild all over Himachal Pradesh. We arrived at the Hotel Grand View in Dalhousie at 9pm,
to discover that the hotel had no alcohol licence (like all hotels in town). We were very glad of our emergency
drinks 'cabinet' as the dinner buffet, although plentiful, was not up to much either... 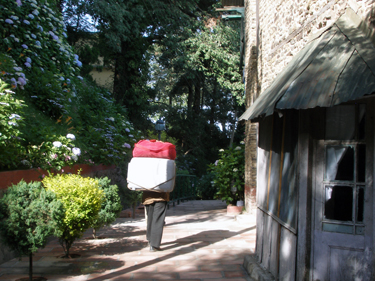 Despite our bag having wheels, all our porters preferred the traditional way / Roadside beer stop en route to McLead Ganj 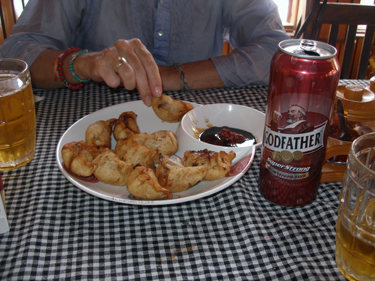 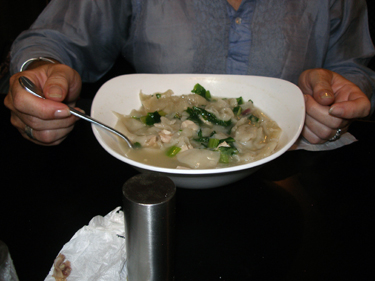 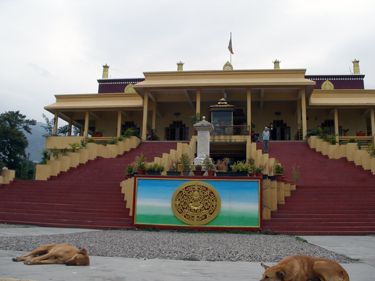 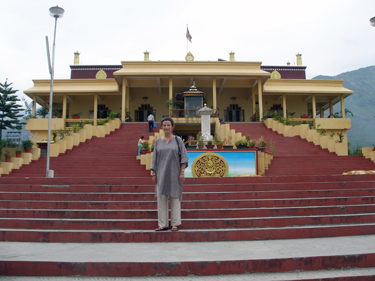 At the Gyuto Tantric University near Dharamsala the next morning on a fruitless search for my old friend Lama Chime Dorje,
who I have intermittently corresponded with & helped financially since the 1960s. We have met a few times on trips to India. 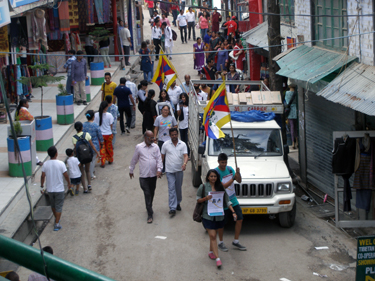 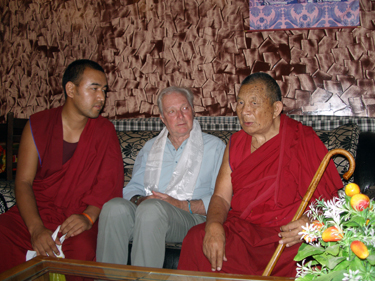 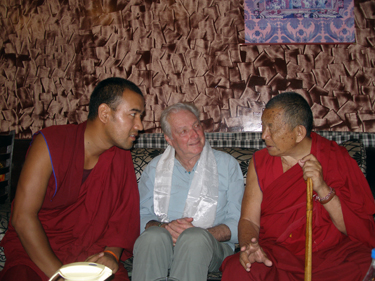 We were almost despairing when our very helpful & persistent guide eventually made
contact with Lama Chime's long serving English speaking pupil, who later brought
Lama Chime to the Hotel Holiday Hill for a meeting on our last evening in McLeod Ganj. 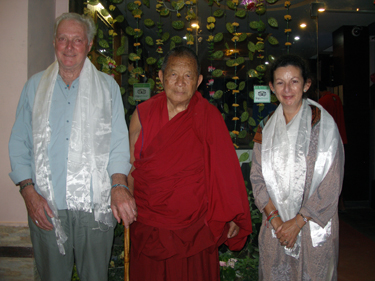 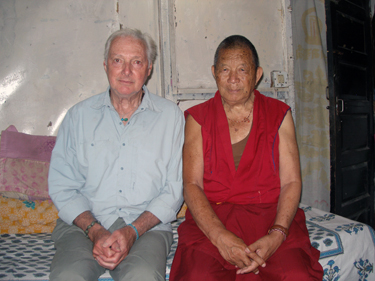 Lama Chime is now very frail. He had written to me saying he would like to see me 'once more in this lifetime' /
Derek & Lama Chime in his pupil's room in McLeod Ganj, where we were treated to breakfast the next morning.
The Lama now lives on these premises looked after by his sister-in-law, who became a nun on the death of her husband. 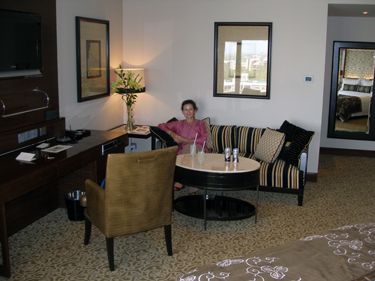 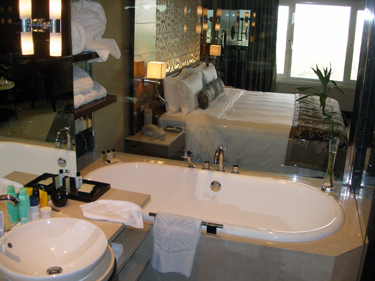 We drove back to Chadigarh without incident, spent a night there,
then flew back to Delhi for 2 nights of luxury in the Taj Palace Hotel 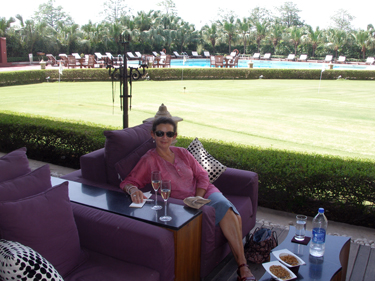 A whole day doing nothing! Sheila enjoys some bubbly outside the hotel bar

Index of past issues of Gazette still available on-line