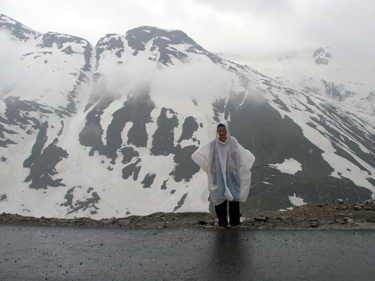 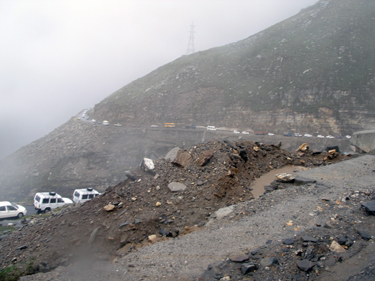 For the many Indian tourists who flock to the hill stations to escape the heat of the plains,
it is a very popular day trip to drive up the pass to see & enjoy snow. There was a terrible traffic jam &
it took 3 hours to drive the 50 km from Manali to the pass, where it was wet & cold. & we had a brief thunderstorm 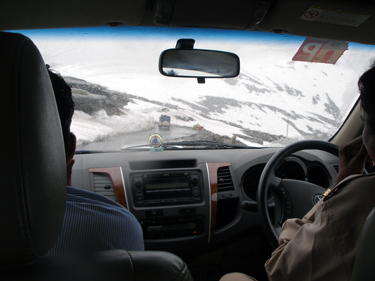 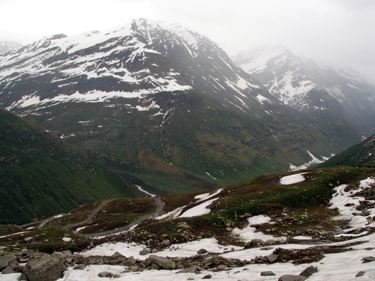 Driving up to the pass & starting the descent the other side 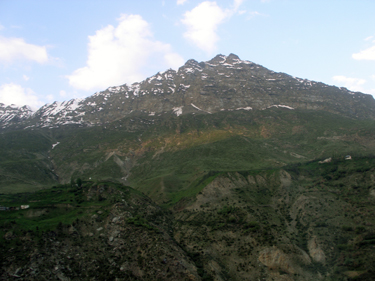 We did not arrive in Keylong (10100 ft) until 8 pm, just time for some dinner, a nightcap & bed,
ready for an early start the next morning to try to drive the rarely travelled road to Chamba 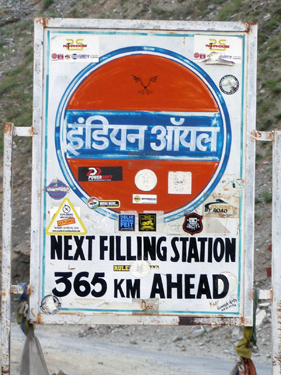 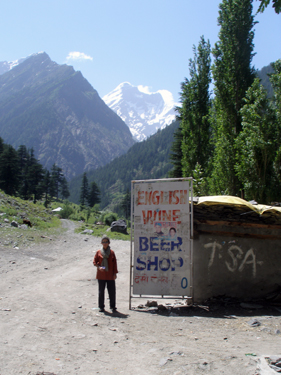 In the car by 6 am, when we got to the nearby filling station, it did not open till 7.30 am
We needed the fuel as it was a long way to fill up again /
Mid morning tiny hamlet stop for a beer... 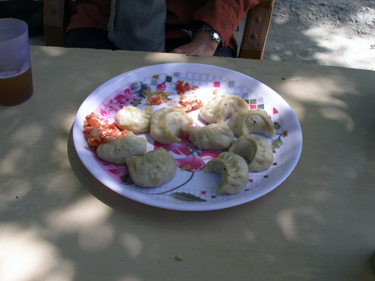 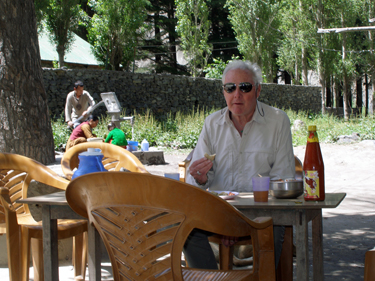 ...and our first plate of Momos on this trip 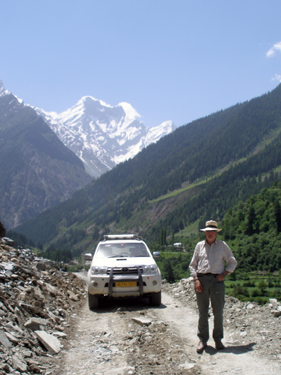 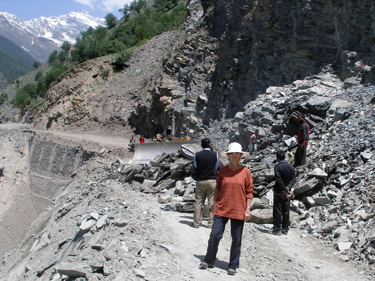 First landslip of the day 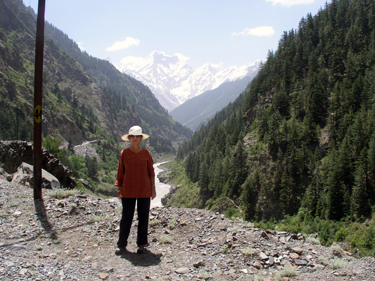 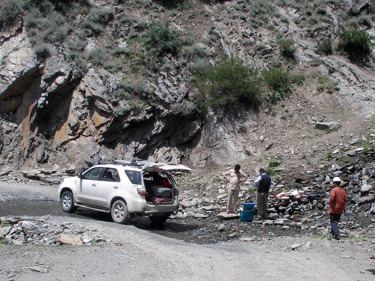 After driving over poor roads for 161 km in 8 hours, we learned that the road to the
Saach Pass (14500 ft) had been blocked by a huge landslide which would take weeks to clear.
So we had no choice but to retrace our tracks to Keylong, then back over the Rohtang Pass to Manali 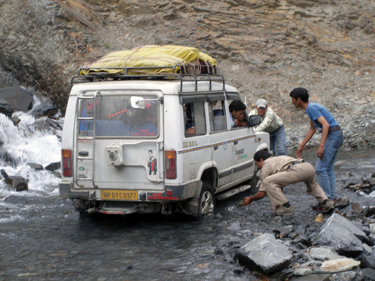 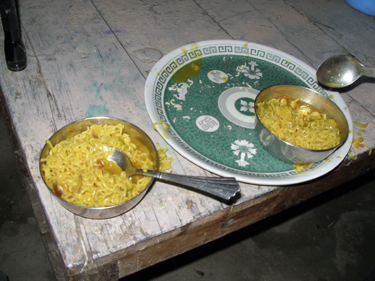 Local jeep taxi gets stuck in river, our 4WD made it through /
Very late modest dinner of instant noodles with added green chilies in Keylong truck stop shack 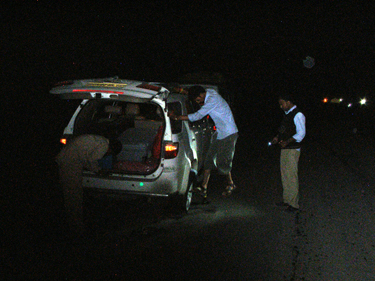 It was after midnight when we got a puncture on the way up to the pass. By the time we reached our cheap hotel in Manali
at about 2 am, we had been driving with only short breaks for 20 hours. And we had another early
start the next morning because of the long distance to Dalhousie by our forced new route...

Index of past issues of Gazette still available on-line