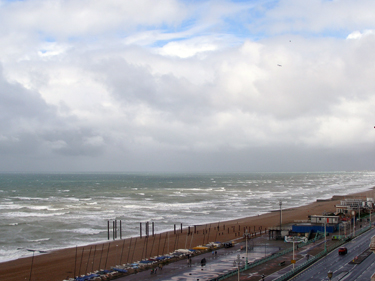 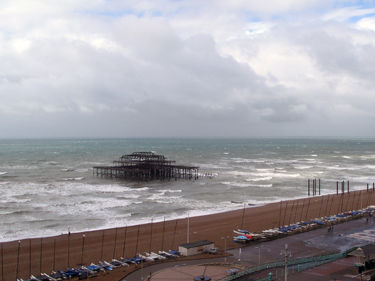 Views from our hotel room balcony on arrival - not the Bank Holiday weather conditions one might hope for... 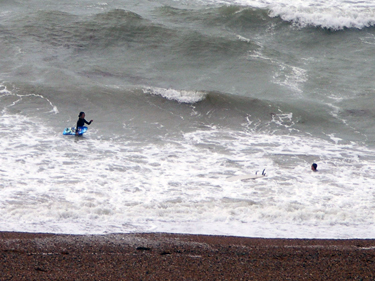 ...but there are a couple of surfers braving the cool weather 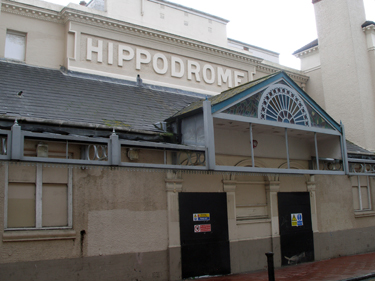 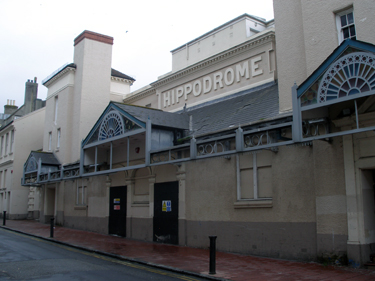 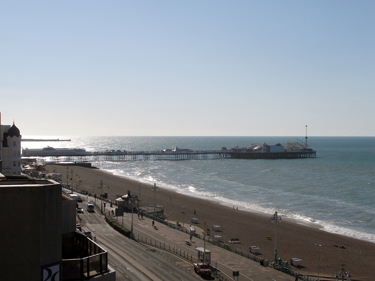 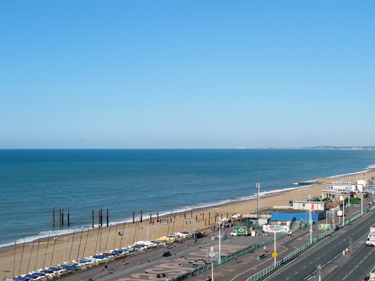 On Saturday the weather brightened up... 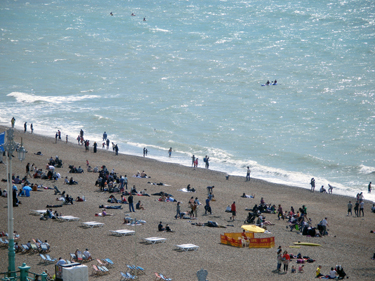 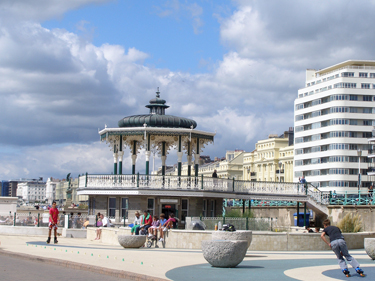 ...& the beach livened up / Nice old bandstand on the promenade 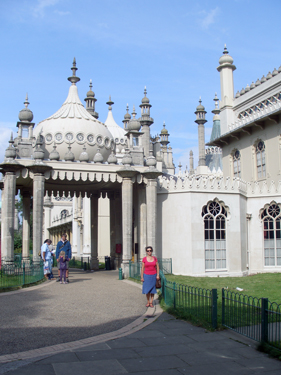 Sheila at the entrance to Brighton Pavilion 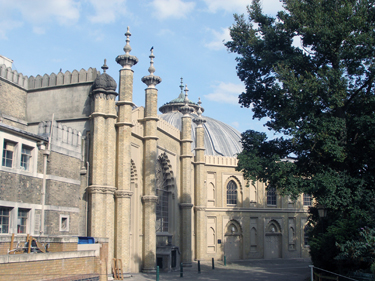 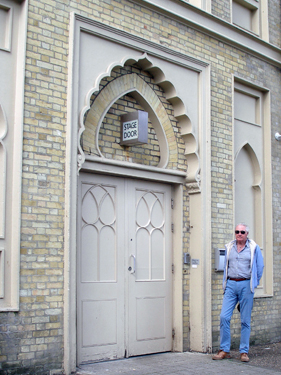 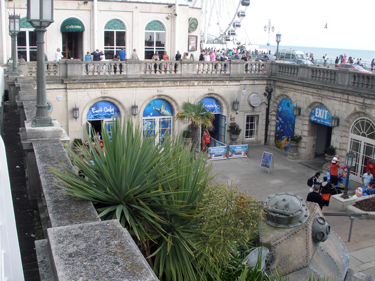 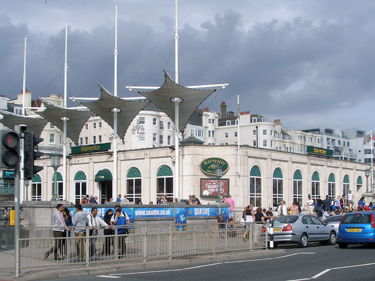 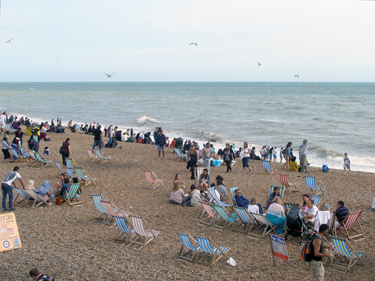 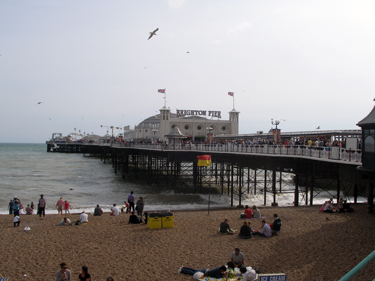 Deck chairs on the beach on Sunday morning / Brighton Pier 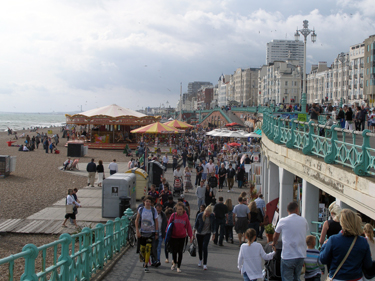